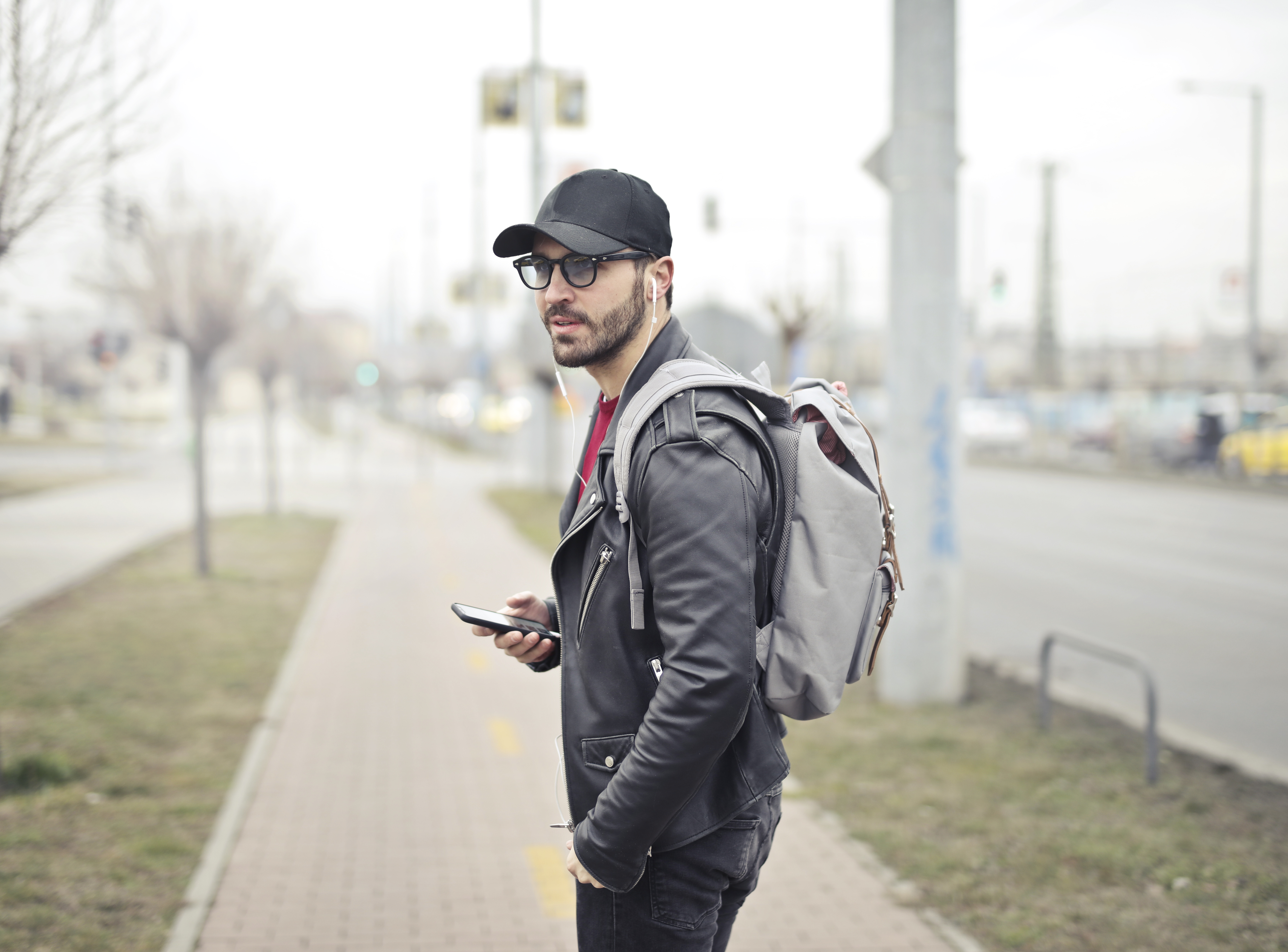 What it was like to go to Yeoman “A” School Training.

I came to Meridian, Mississippi, for Yeoman “A” school training, they called it. It was supposed to be a school for a couple of months, where you’d be taught all the proper ways to type Navy correspondence and other paperwork.

I arrived in the middle of the night at my new duty station. The way the dorms were arranged, there were 3 men to a room and 4 rooms to a common area, with tables to sit on, TVs and things like that, it was like our living room. I remember a really big, fat guy, yelling at the top of his lungs, “fresh meat,” he was yelling. Lucky for me, that jerk had just come out, and I didn’t have to put up with it for long.

I remember, going the first day, to school. First, you had to line up with everyone else. The whole school marched from the barracks to the school, in military order. Down at school, we were going to be taught to type, for starters. I had a typing class in high school, but I never really learned how to type a word on the typewriter. The teacher was nice to me and he gave me a D-, just so he could pass the class. But this was the Navy, and I’m sure they expected me to learn to type. There was no way to learn to type, it had to be done. I learned to type the right way and at a certain speed in about 2 weeks.

The Navy’s way of teaching you to type is that they show you a movie in the dark and hide your keyboard from your eyes. They turn off the lights and show you these Navy movies, which are about two weeks long. Each couple hour movie shows you how to write different words and before you know it the movie is over and you know how to write in your sleep. You type so repetitively that you end up doing it in your sleep, it seems, and you have to be able to type a certain number of words, per minute, to graduate from class and move on to your next duty station.

As well as day-to-day learning at school, about how to do paperwork the right way, and things like that. Yeoman School was more or less like any other school, where you would learn things. Except here, you wore a uniform and you had to get in formation every morning and listen to the things that were said to you.

At school, most people come and go, preparing to embark, to new destinations. People were given orders for all kinds of exotic sounds in places. They have something in the Navy, they call the “dream sheet,” where you pick three places you’d like your next new duty station to be. The Navy says they will try to get you one of your dream duty stations, or as close to one as possible.

I chose Australia, Philippines and Hawaii. The Navy ended up giving me orders to a ship that was stationed in Guam. I had never heard of Guam before. I had to go look for it on the map. It was right in the middle of my three destination picks, but not one of them. But go to my new ship, it would still come later. I still had to finish yeoman school and graduate from it first. Some people could never get used to typing at a certain speed. They ended up having to drop out of school and choose another job to train.

School was still a new place for most people. We had just finished boot camp and were learning to have more freedom and less yelling, like boot camp had. Some of the characters, in the units we were docked in, were just plain crazy.

The construction unit we all lived in was three stories high and several people lived in it. Some of the people who lived in our unit were waiting to be discharged from the Navy for various reasons. In one of the rooms directly below us lived some quirky gays. They were just as outrageously gay and flamboyant about it, just like Liberace. A black and white guy.

The Navy was firing them both for being openly gay. They were the gayest guys I’d ever seen, and I think they might have been the first I’d ever seen in real life, other than on TV. I was from a small town, actually they could have been doing the best damn act, to get out of the Navy, but I don’t think so, no guy was going to throw that away.

On one of the days that I was assigned my first watch, it was to be with a partner. We would be a roving patrol around the school grounds for four hours. When I applied for my watch, I teamed up with a girl, who was also going to be a landowner.

As we walked through our 4 hour watch, we did business as usual. Just walking around and making sure nothing was wrong. My new partner who I had just met was asking me what kind of drugs I liked to do. He told her about my experiences with drugs, and it was limited, and then she told me about hers. She had never even heard of some of the drugs she was talking about, back then anyway. Nowadays, the things that she said are everywhere, but she was from the city, and she said that she loved it, and she did it all the time, and she didn’t even know what she was talking about. She that was actually the first girl I talked to, who wore a uniform like mine, and she was asking me what kind of girls join the Navy.

While I was still stationed at the yeoman training school, we received another paycheck. Suddenly he had a lot of extra money and didn’t owe anyone anything. I was looking at a bulletin board somewhere and I saw this motorcycle for sale for $500. He was one of the staff members who was stationed at the base and also lived on the base, but just worked somewhere else.

Students were not allowed to leave the base unless they were on release. I bought and paid for the motorcycle, with almost all the money, from the payroll I had just received. The guy I bought the bike from also gave me a lot of extra parts, like an extra gas tank, gas can, oil, that kind of thing, that you get with a bike when you buy it sometimes. I parked the motorcycle in the barracks parking lot. I was going to keep the motorcycle, just to ride it, on base, while I was at school, and then I would get rid of it. I put all the extra parts, gas, oil, etc… in my storage locker which stands up like a small standing locker, in which you are supposed to store your dress uniforms.

One day, the staff said, they were going to have a surprise inspection to see how things were going. We had never had school inspections before, so this was new to me again.

When they come in to inspect, they call “attention on deck,” and you’re supposed to stop what you’re doing and pay attention, until someone yells, “keep going.” They had us all line up in front of our lockers, at attention, and they were opening each locker, and seeing how the boys’ clothes were being put away, and then they came to mine.

When they came to my clothing locker to inspect and I opened it for them, first they saw all these gas cans, oil cans, motorcycle parts and more, they didn’t know what to think. They had to call special people to see the danger of fire. I was told to get everything out of my locker and that I was not allowed to have a motorcycle on base. I ended up turning it over to another staff member for $50, who I knew was in a pickle.

I was able to mount it around the base, and it was missing the muffler, and it was loud, it wasn’t a Harley, but you could hear me coming. When other guys were in the commons, just sitting, watching TV, I was out after school, riding my motorcycle, checking out the base, on my motorcycle that I wasn’t supposed to have.

At the end of the school graduation, they let the students go out into the city. Before he is allowed to go out on the town, in a freedom call, he is told what to expect, what to do and what not to do in order to stay out of trouble. They said that the townspeople don’t like the Navy people very much, so be careful while in town to avoid fights.

We all went to one of the most common brand name bars in the city, where pretty much all the guys and gals from the base were, not many locals hanging out. It was to become a giant meat market. Everyone could finally live with whoever they wanted from the school, that couldn’t be done at the school or in the barracks. Any man or woman caught in each other’s rooms at school was called fraternizing, and it was very serious, and could get you kicked out of the Navy. In the city, everyone ended up with someone and everyone rented rooms for the night.

School was over, and it was time to join the “regular navy” as they called it, and regular navy, meant ships and sea, and going to other countries.

I took my first leave of absence from the Navy before going to my first ship and reporting for duty. I wore my dress uniform, as required, and rode a greyhound bus from Meridian, Mississippi, to Detroit, Michigan. It was one of the longest trips I had ever taken on a bus. He must have stopped at all the chicken farm ranches along the way. When I finally got back to Michigan, I was dead tired from the bus. I stayed at my sister’s house for about 10 days.

It was time to go to my first “real” duty station. My first real duty station was a submarine tender, called USS PROTEUS (AS-19), which had just over 1,300 people on board. 6 of the crew members were ladies, all official ladies. Half of them would be working in my department.