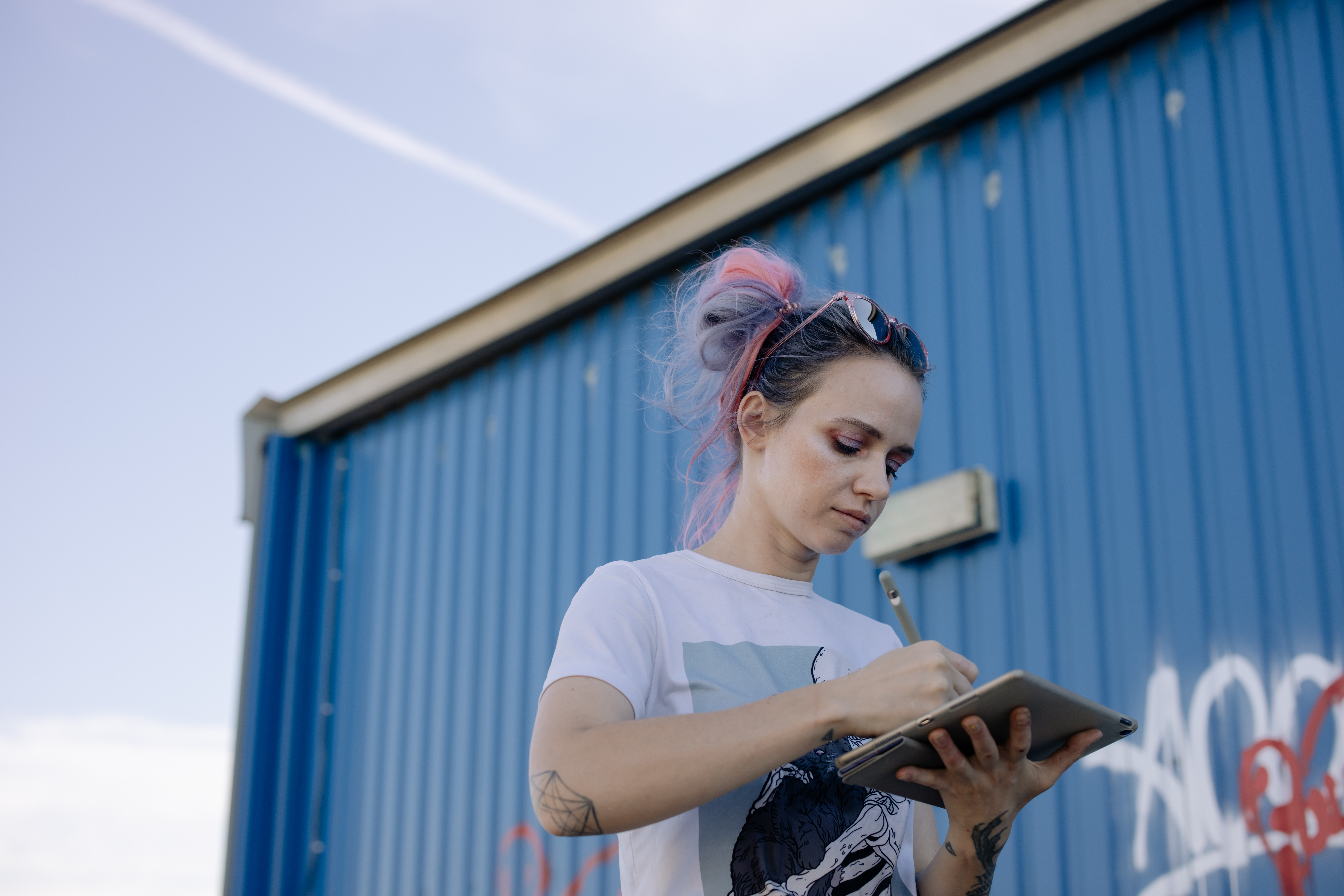 Who is Ragnar Storyteller, the runemaster who has combined runes with quantum physics?

Before you start using Runes for Rune Meditation, Rune Yoga, Rune Study, Rune Magic, or Bindrun Creation, make sure you know something about the person you are receiving instructions from.

Why? the runes are Universal Creative Energies and therefore very, very powerful. They were never intended for divination or writing. were destined to TO CREATE.

Each individual Rune is a key to a very powerful energy.

Don’t play with them!

Ragnar Storyteller is my Viking name earned from everything I’ve written about Odin and the Vikings.

Ellis Peterson is my other name. I am in Sweden. My ancestors are from Upsala. My father and grandfather are viking berserkers. They would fight in the blink of an eye while biting their tongues. My grandfather lost an arm when he fell off a 3 story roof while he was tarring it. That didn’t stop him. He kept going to the bar and when he was drunk he would pick a fight, even with one arm. I have his blood running through my veins.

At 70+ I struggle with my mind and runes.

They are both in Valhalla now. My grandfather was gassed in France in the First World War. My father’s ship was torpedoed at the Battle of Midway in World War II. I followed in his footsteps and am a veteran of the Korean War.

But now I see that we cannot protect our Northern European heritage by fighting. These are not the times for that. So now I am choosing the Mind Sword to fight for my kindred.

Being a greybeard I see things much clearer now than when I was younger. I see that the purpose of man on earth is evolve. To become divine, said Nietsche and others.

First of all, I’m over 70 years old, a math teacher, and a retired electrical engineer. I am a radionics and orgone technology scientist and have made my own devices.

I am a Viking Skald and Runemaster. I have been studying the runes for 25 years. I belonged to several well known Asatru Groups in Arizona. I ran an Asatru Prison Ministry where I reached out and sent free literature to over 700 Viking inmates in jails and prisons.

I wrote several books about Odin and the Vikings. I have written over 200 articles and essays (many are on my websites).

AND I HAVE BEEN BANNED BY SEVERAL ASATRU COMMUNITIES FOR WHAT I WRITE.

What is it that I write? I am the first Viking to try to bring the Runes and gods/goddesses of our ancestors from the dark ages of Viking raiding into the light of the 21st century. I use the language and science of Radionics and Quantum Physics to do my rituals and transfers. The gods of Arizona don’t like this.

Why are they and we sometimes so childish in thinking that we have earned the right to the manifestation of a god or goddess in our lives? They don’t like this. Closed minds in any religion are dangerous.

Although we cannot manifest the God Thor in our lives, we can use the science of Quantum Physics to draw the RUNE POWERS OF THOR out of the Quantum Ocean and into our lives.

The gods do not do things for us. Thor will not protect us. But by drawing Thor’s energy out of the Quantum Ocean and into our lives, we can protect ourselves. The same with all the energies of all the gods and goddesses.

I have been to many Asatru spots in the forest. I have never met a Godi who had any power to manifest a Northern god/goddess in our circle. Why? Because they don’t have the runes inside them. No power!

Tea runes they are the key to the gods/goddesses. Each Rune is a key to powerful energy and is associated with a god/goddess. So when you learn to get the runic energies inside you. you will not become Thor, but you will be like Thor. You will have their energies and power.

I have never seen another site on the net that talks about bringing runes and gods/goddesses into the 21st century.

I told the Godi and the self-proclaimed leaders of the various Asatru groups what I thought and they marked me. outlaw.

I told you I never met a Godi (Viking shaman) with power. But I have met Native American shamans with power. I spent an entire summer with a Cherokee medicine man, Willie Whitfeather, in the Arizona desert. He had power and I saw many of the manifestations of it.

He told me that true magic must be done alone and with proper preparation. Sweat lodges, vision quests, and getting the spirit of what you wanted to do inside of you first.

He took me to Four Corners, Arizona and introduced me to the grandfather, the 112-year-old Hopi Shaman.

Talk about power. I was allowed to enter the sacred caves where the 3000 year old pictographs on the fortified walls of the arrival of Columbus and his three ships are found.

Because I? Willie said that he could see my spirit and that he was wise and powerful and true. he named me curious bear because of the constant stream of questions I asked him and Grandpa. I wanted to know!

Because of my intrusion, Apache warrior spirits chased me down the Arizona highway. You can read about it on one of my pages listed below.

Willie said that the whole massacre at Wounded Knee was about power. The Native Americans were about to manifest the spirits of their great dead warriors to aid them in their fight. The government knew all about their magic and power rituals, so they massacred them all.

We have power and the power lies in our RUNES, not in obsolete rituals.

I have spent the last five years doing runic meditations, runic yoga, runic magic, runic rituals, etc. so I can pull the runic energies out of the quantum ocean, where ALL energy exists, and into my aura. Now I carry them with me and use them when I need them.

I have written about these new methods on the 110 pages of this website. They are different. They use the Laws of Quantum Physics, radionics and the secrets of MAGIC OF THE MENTAL MIND, which is thousands of years old. All shamans, magicians, voodoo priests, etc. they know them.

There have always been enlightened men and women. They all say one thing in common using different words. There is a great medium of mind and intelligence that knows and does everything. This thinking intelligence will create whatever the mind of man thinks of it. This infinite thought is what is now called the Quantum Ocean.

Tea runes they are in this Quantum Ocean. Therefore, the runes and the Laws of Quantum Physics offer us the greatest challenge and the greatest hope for our children and grandchildren through peace. love, cooperation and creativity.

Not with the ax and the sword of 1000 years, the hatred, the war and the prejudices.

We discovered the Runes, Quantum Physics and Radionics. Let’s use them. LET’S GO OUT TO THINK ABOUT THEM. Our Northern European minds are our best weapon.

I know that this site and the information it contains is not for everyone. But I say this: if we don’t update our magic and rituals so that they are in tune with the 21st century, then Asatru will follow the path of all other religions that will not change. He will die as they are dying. You can see it all around you.

THERE IS A GREAT LAW IN THE UNIVERSE. THOSE WHO IGNOR IT GO THE PATH OF DINOSAURS AND DODO BIRDS. EXTINCTION. THAT LAW IS:

“THE ONLY CONSTANT THING IN THE ENTIRE UNIVERSE IS CHANGE”

Even Willie Whitefeather is helping his people embrace the change. What do you think Casinos are?

We discovered the sciences of Quantum Physics and Radionics. Now they are our defense weapons.

I hope you enjoy what I write and have patience to practice with the runes. If you do, then you can change your life for the better and strengthen the ancestral soul of our peoples.